The Red and White Affair 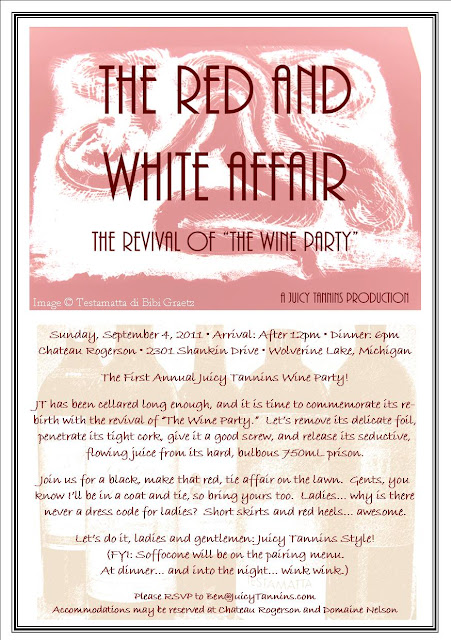 What better way to throw a party?  The Red and White Affair... a Juicy Tannins Production.  It's the only way to party!  Last minute planning [as usual], tons of groceries for a five-course meal [as usual], and good friends and family in attendance [shocking, I know], makes for a great event!  And more than anything: references to Soffocone make me all tingly inside!

My brother-in-law and I began pondering this idea about six weeks ago on the golf course... there may have been a few minis of Zyr Vodka, Red Stag, Maker's Mark, and other good brands involved in this thought process.  We both immediately said "formal."  Formal on the lawn... I was as giddy as a schoolgirl.  As I began to brainstorm about the details of the event, I developed several evolutions of the name: "Ben & Erica's Cocktail Party," "Celebrate the End of Summer With Juicy Tannins," " An Evening With Juicy Tannins," "You're Invited to a Red & White Party," and finally, "The Red and White Affair - A Juicy Tannins Production."

Most college kids throw tailgate parties, keggers, Beer Pong tournaments... in our circle, we threw Wine Parties.  An annual, sometimes semi-annual party, we would gather at a friend's house, everyone would bring a bottle, and we would entertain in coats, ties, and cocktail dresses. 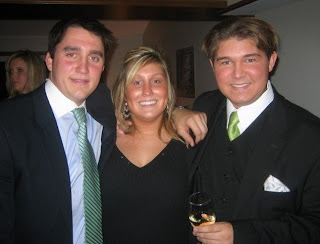 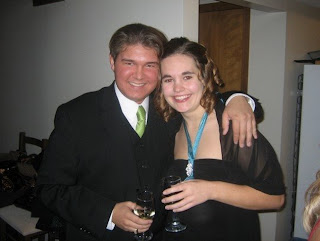 Since we have been out of college, the only time our circle of friends can fully get together is around Christmas and New Years, which of course we celebrate with wine.  But there has not been an official "Wine Party" since we left, so in creating the First Annual Juicy Tannins Cocktail Party, it was sewn in as the "Revival of the Wine Party."  As we approach the end of 2011, I think the semi-annual-ness of the Wine Party will be brought back, and we'll have the Juicy Tannins Holiday Wine Party!

For The Red and White Affair, I took a very eccentric approach [no... me?] to the decor, theme, and cuisine.  I wanted it all... all... to be red and white.  And, working for one of the Midwest's largest event production companies, I get great discounts on lots of goodies... 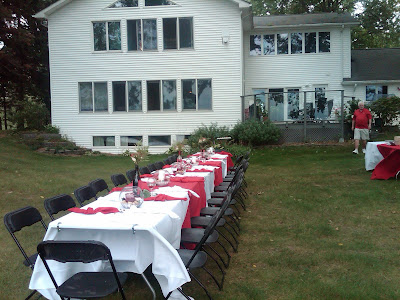 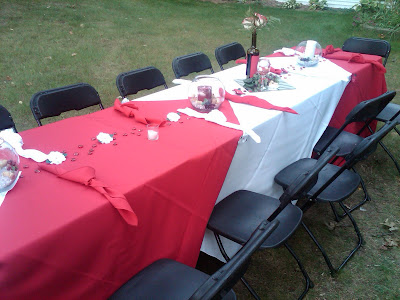 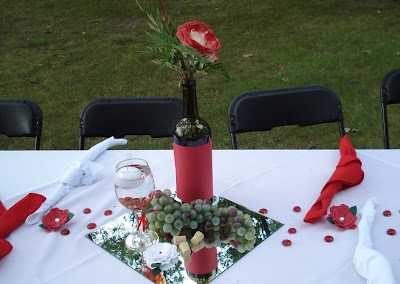 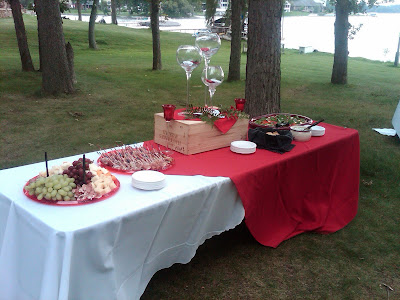 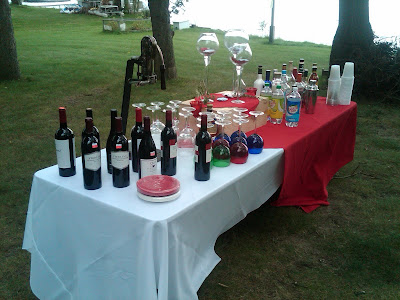 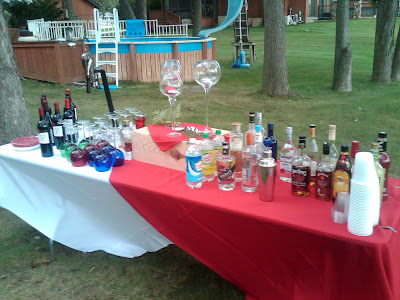 I essentially have a bar-in-a-box... ready to go at any point. 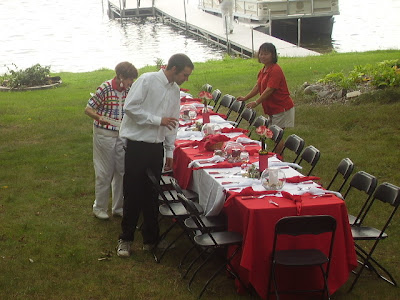 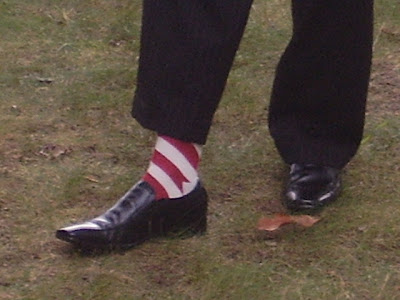 I was very proud of my red and white socks!

And the menu!  I was too busy cooking to take pictures of the dinner items, but I had a blast with the menu and I found some fantastic cuts of meat at Hillar's in West Bloomfield, and great wine deals at Plum Market in West Bloomfield:

Dessert
The Red and White Affair Wine Cake and Fruit 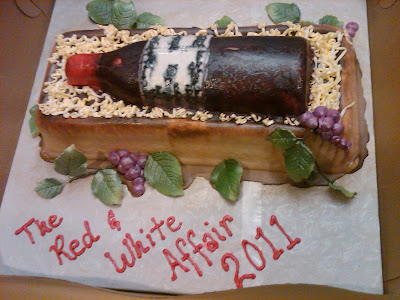 Wine pairings for the menu included Sterling Meritage 2009, a great deal at Plum Market for $7.99, Qupe Syrah 2009 from Plum for $14.99, and Raymond Vineyards Cabernet Sauvignon 2008, Bex Riesling 2009, Olivier Leflaive Les Setilles 2008, and of course, Soffocone di Vincigliata 2007, all purchases from my days at the Club.  Guess which was a crowd-pleaser?  Well, they all were, but let's face it, Soffocone is close to my heart!

Everything was amazing!!  And everyone had a phenomenal time.  I was praying to the golf gods for good weather all weekend, and I think they sent Tropical Storm Lee (sorry Gulf and Atlantic Coasts) to push a large portion of the rain North, because as the day went on, it kept getting better and better. 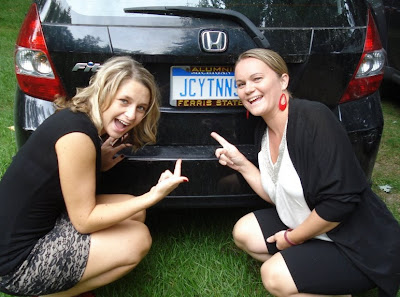 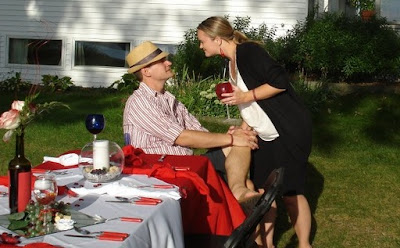 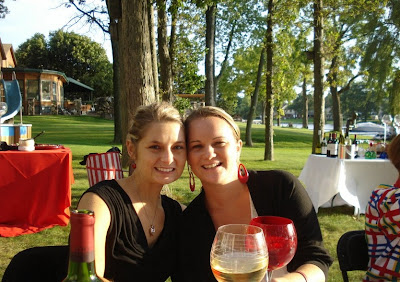 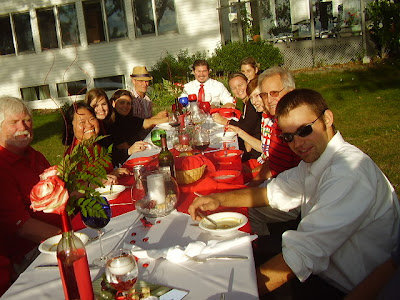 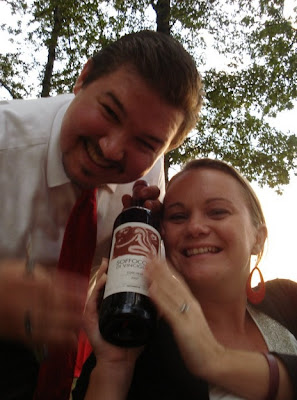 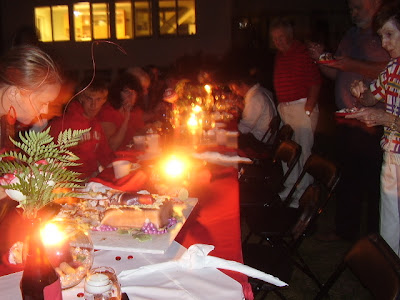 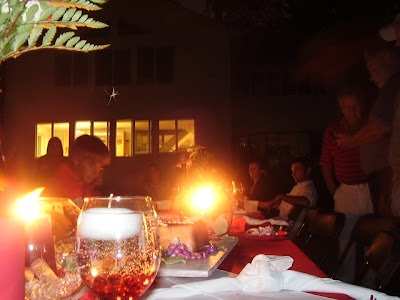 Thank you everyone who attended The Red and White, and for all those who helped make it a success!  I can't wait until the next Juicy Tannins Cocktail Party!  Until then, cheers, and viva la Soffocone!!!